Our industry is one of the most fun I’ve ever had the pleasure of being part of. So when the team at Advertisecast and Work x Work asked me to participate in The X Fronts, an indie podcast up front, I jumped at the chance to help educate the audience while also making them laugh. Or at least sigh really loudly.

Pete Birsinger, CEO of Podscribe walks us through the value in pitching in public with the Sounds Profitable Product Deepdives. Catch it early on our free Supercast feed along with narrated versions of our articles, or find it wherever you get your podcasts.

Last week, I had the absolute pleasure of participating in The X Fronts, a completely free, indie-focused, podcast up front.

Out of all the virtual events I’ve attended in the past two years, this one really captured my attention. The quality each presenting partner brought, whether through a well-produced segment or an engaging panel, really set the bar for what a podcast industry event should be in the future.

And most importantly, it had zero barrier to entry for anyone who wanted to watch as it’s completely free and on-demand. You absolutely should watch the full thing.

Instead of presenting a full panel, the team at Work x Work and I collaborated on five short myth busting segments, which we’ve compiled for you in the video below and in text under that. If you want to share any of those clips, check out the Advertisecast Twitter where they’re actively posting them! 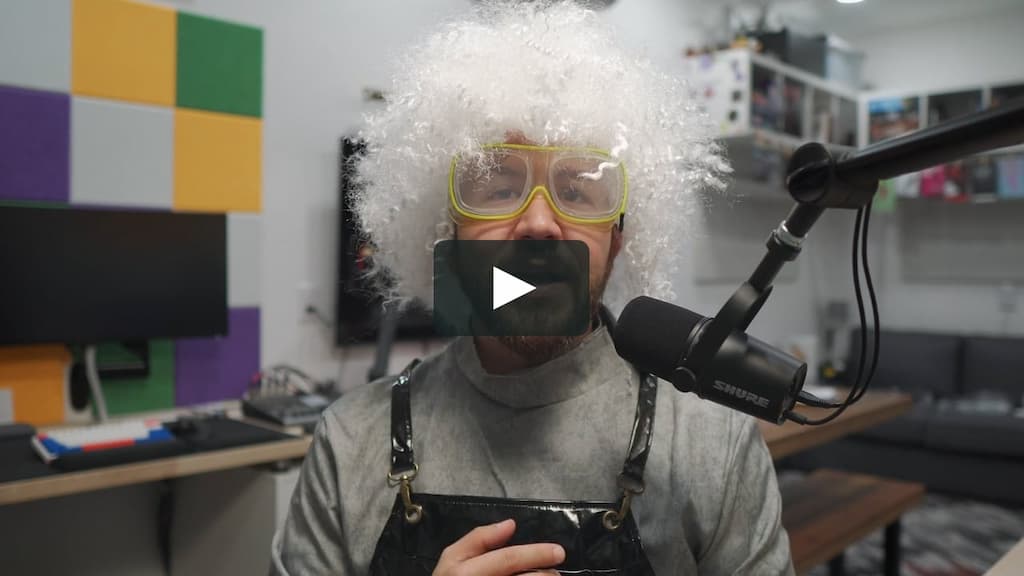 Every advertising channel has slight differences in the terms they use to define their core metrics. In podcasting, the terms we focus on come from the IAB Podcast Measurement Technical Guidelines, regardless of whether a company is officially certified with the IAB or not.

In podcasting, our two core metrics are Downloads and Ad Delivery.

Ad Delivery, or Ad Impression, is a subset of a download, as it focuses on the ads within the downloaded episode. Ad Delivery is counted when the podcast hosting platform confirms that they’ve sent the portion of the episode that includes the ad down to the listeners device.

You’ll notice I didn’t say listens is a core metric of podcasting. Apple, Spotify, and Google all provide podcasters with a dashboard that provides listens and other validated-by-them metrics that do not have IAB certification. Nor is there even consensus among those three on what a listen actually is. So while those platforms will provide listen metrics, which they can provide because they own the podcast playing app itself, they’re too fragmented to use at scale as a reliable metric in their current form.

Podcast Streaming is a Myth!

Did you know that podcasting is not a streaming form of content? Whenever a listener presses play on their podcast app of choice, that podcast player is asking for the entire episode file from the hosting platform. This process is called progressive downloading and isn’t just unique to podcasting.

Try the following test out on Apple Podcasts, Spotify, or even Netflix:

Streaming is a word that gets co-opted to mean so many different things. And in podcasting, it’s used against the podcast advertising industry to dismiss downloads. But every year, reports from companies like Edison Research continue to highlight the stickiness of podcast listeners. Couple that information with the fact that around 85% of podcast downloads reported come from a listener pressing play on that specific episode they want to listen to, and it’s pretty easy to correct those new to the space on that misconception.

Did you know that host read ads can be delivered by dynamic ad insertion? It’s a common misconception that the only way host-read ads can be purchased is for them to be baked directly into the episode, but that’s not the case at all!

Then we need to understand how the ad is delivered. Baked-in just refers to the ad being an integral part of the audio file before the editor sends it off to be uploaded into the podcast hosting platform. No part of that process dictates who read the ad or if they even read the ad at the same time they were recording the episode. It’s just as likely that a host did a bunch of ad reads the day after they recorded the core content of the show, as it is that they recorded the ad in the middle of the show.

Dynamic Ad Insertion, which over 67% of podcast advertising revenue is delivered through according to the IAB, allows for the episode and the ads to be uploaded separately to the podcast hosting platform and then combined. That way, when the listener presses play on their app, the right ad can be inserted into the right episode, or multiple episodes, along with providing actual targeting, better analytics, and campaign management features like pacing.

A host-read, dynamically inserted ad can be set to 100% share of voice for a podcast episode, fully mimicking a baked-in ad experience. Dynamic Ad Insertion doesn’t mean programmatic, though it does enable it. And it doesn’t have to be producer- or announcer-read. The big focus? It enables a company to not have to ask their audio editor to constantly re-edit the episode with a new ad.

Podcast Attribution Exists, and Leads The Charge For Digital!

It’s easy to dismiss what podcast advertising technology can accomplish if you’re coming from other fields of advertising. But did you know that so many of those other advertising fields are now adapting to methodologies we’ve been using for the last five years in the podcast industry?

With IP address, Useragent (which tells us about the device and podcast player being used), and knowledge of the specific episode being requested, the podcast industry realized that the best way to provide campaign attribution would be to use data modeling. This process requires taking the data we do have, augmenting what we can against well-known data sources like Nielsen, Epsilon, Experian, and Claritas, and using it to provide a better understanding of who heard the ad and who converted.

All of that data is then compared against a control group, with each company in the podcast adtech space having different methodologies for how they make theirs, in an attempt to compare how the campaign performed against a baseline of how listeners or visitors to the advertisers site performed. The goal being to show that the campaign provided a measurable increase in conversions over that control group.

And now, as privacy continues to become a major factor in advertising in every channel. While Mobile Device ID’s and cookies continue to be removed from the large datasets. The style of attribution we use in podcasting is quickly becoming a mainstay in other advertising channels, as those industry quickly find themselves with less and less data.

Back Catalogue Is Not Less Valuable Than New Episodes

In an effort to make podcast advertising more appealing to a wider audience, it’s safe to say we’ve made some decisions in the past that have made things harder to change in the future. To me, the biggest one is the notion that older episodes, or back catalogue, is less valuable to advertisers than newly released episodes.

If you decided to listen to the first season of Serial today, would the baked-in Mailchimp ad be any less effective than if you heard a Mailchimp ad on the latest episode of Pod Save America? It sure wouldn’t. It’s not important when the episode came out, but rather when the listener decided to listen to it. Most of our culture has moved towards binge-watching and listening content, with many waiting until a series has ended, or catching up with several episodes in a row. So ask yourself why a new listener starting at episode 1 today should be any less valuable to a new listener starting at the latest episode today.

I had an absolute blast contributing to The X Fronts and I truly hope I’m asked back next year. The content was astounding. The team that planned it knocked it out of the park. And I truly believe the entire industry grows when a junior account manager is able to watch something like this without having to pay out of their own pocket because their expense request was rejected. We absolutely can all learn a lot from this event and I hope we continue to see more like it.

If you’re running an event, I would love to talk to you about speaking at it. Please reach out!

Amanda DiMarco, Director of Client Success at audio intelligence platform Veritonic joins us for our latest product deepdive. We focus heavily on their brand lift product, which finally gives the audio creative a seat at the table.

Watch the full deepdive here. I highly recommend that any company looking to optimize their campaign performance give this one a watch!

This is SUCH a great show. It’s entertaining, funny, culturally-relevant. All of it. Hosts Michael Hobbes and Aubrey Gordon choose a topic related to health, wellness, or nutrition and debunk bogus, non-scientific, and fat-shaming characteristics within them. For the podcast people out there, I recommend starting with their two part series on Rachel Hollis. It’s unbelievably entertaining and a thorough analysis of Hollis’ scam-full ways that I was not previously privy to.

Everyone (hopefully) is talking about the future of third-party cookies. Over the last year, there have been 331 mentions of 'third party cookies’ across the podcast sphere by 205 podcasters. Interestingly, there was a major spike in content relating to this topic in June 2021 - around the time Google announced the delay in the third party cookies ban.

What else is going on… with Podnews

SiriusXM has continued to sign big names, including Audiochuck, the podcast network run by Ashley Flowers and responsible for Crime Junkie … In their quarterly results, Spotify claimed to be the 'the number one podcast platform US listeners use the most’; and said that podcast ad revenue grew six times year-on-year … the company also added 25 new countries to its podcast chart website … Podcast hosting company Captivate announced AMIE, its dynamic content insertion tool, including an ad painter to paint out old static ads … Almost half of all podcast listeners in the US are listening to at least one independent podcast every week says Edison Research … and AdvertiseCast report average CPM rates have risen to $23.30 … Subscribe to Podnews, free to get updates every day.